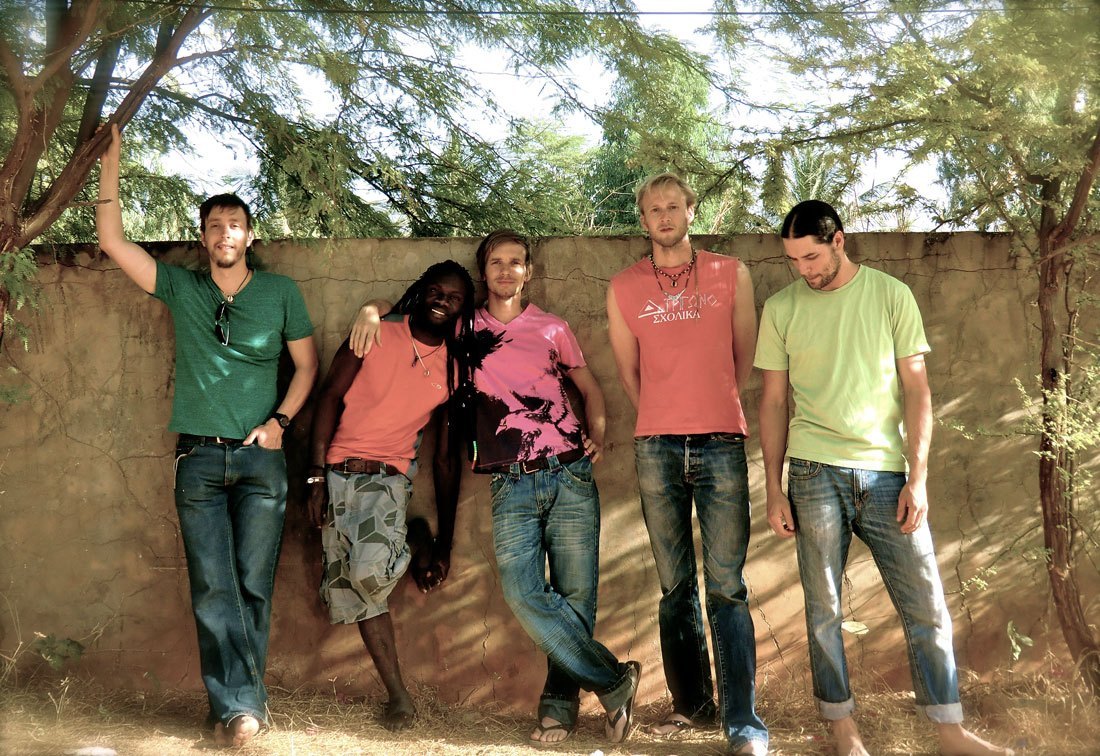 Some kind words from Indy Week about our new record (and the sad political state of affairs in NC):

“From coal ash spills to the governor’s dismissal of global warming, from civil rights reversals to a forthcoming version of The Hunger Games based on teacher pay, North Carolina’s public image continues to collect its international comeuppance. But if you’re looking for a corrective, or at least an exemplar of the state’s creative possibilities, consider Kaira Ba, a six-piece that pairs two Senegalese musicians—griot descendant, bandleader and kora player Diali Cissokho and indigenous percussion sideman Cheikh Njigal Dieng—with four fair-skinned rock ‘n’ roll musicians from the Piedmont. Their anchor is Cissokho’s tradition of storytelling, where the words of a song convey personal and communal histories. And then there’s the radiance of his kora, whose plucked notes prance like those of a banjo or harp. But the band springboards beyond that heritage, putting behind it a composite core of Southern funk and rock, African rhythms and harmonies. There’s big bass and flashy drums, group vocals and piercing electric leads. Their new sophomore album, The Great Peace, turns tales of friends who became wrestling celebrities and laments of AIDS in Africa into alternate invitations to party or ponder. With a more ambitious and cohesive statement than their first, Kaira Ba offers a wonderful fusion of the region’s immigrant populations either new or old, a bold synthesis from a state plagued of late by an off-putting isolation image. Orquesta GarDel opens.”